We just sold our beloved campervan! It all started in November 2013 when we bought a New-West VR Chevy 1500 AWD Expedition that we later swapped for an Excursion model (simpler interior layout but much more versatile). It was a great run filled with amazing memories of camping trips, board-riding sessions and late night campfires! We'll miss you  ❤ ❤ ❤  - Little speedie made with Adobe Photoshop. 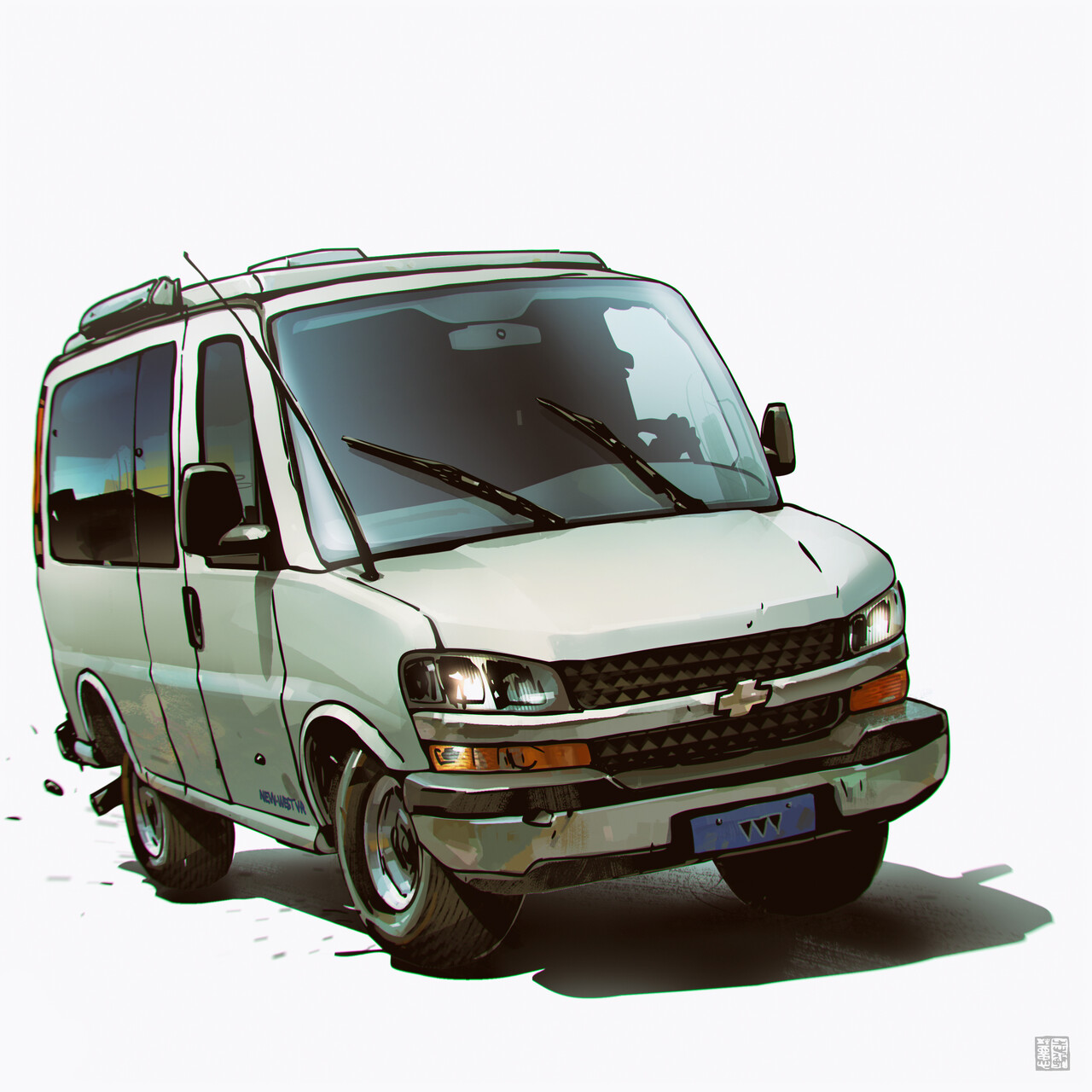 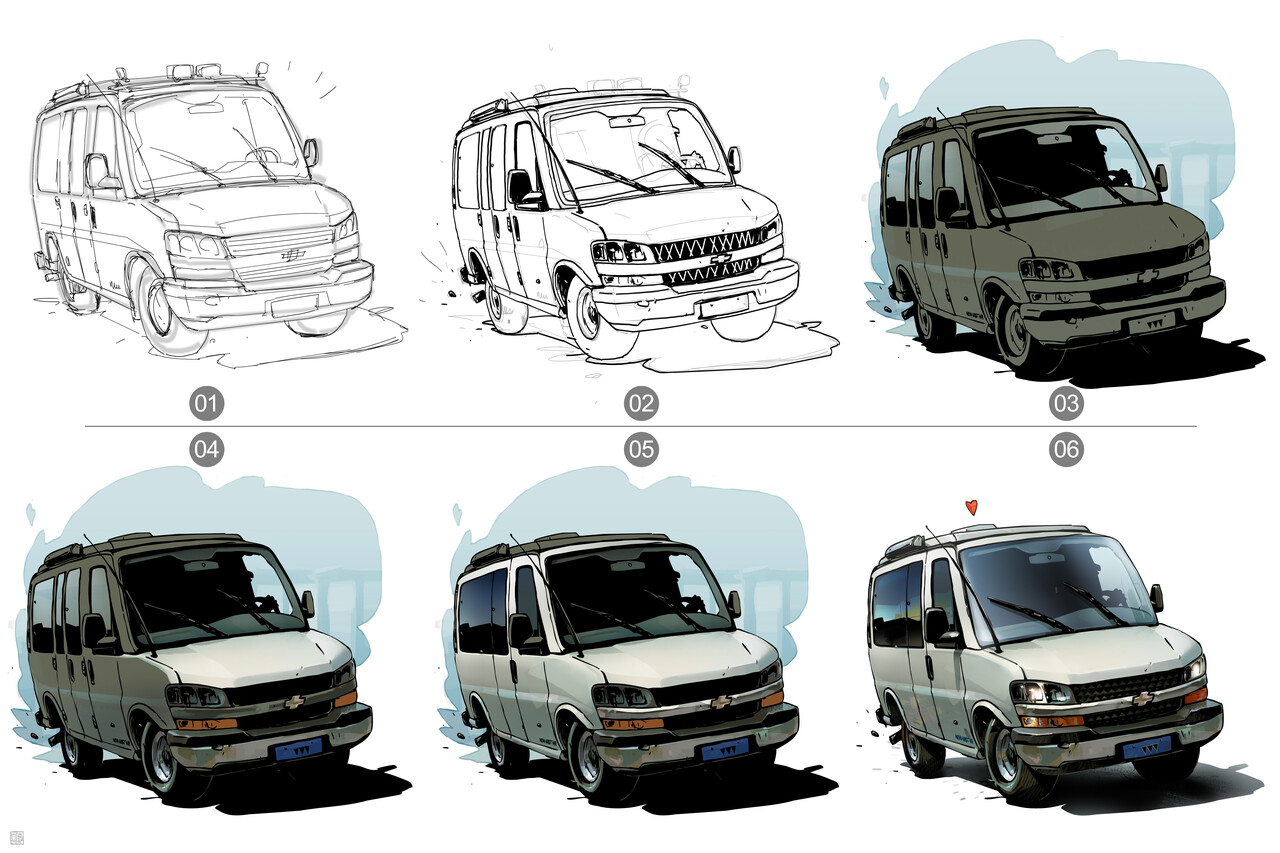 Something that I won't be missing though is the digging during our crazy Canadian winters :) sometimes it took me 1h30 to dig it out! 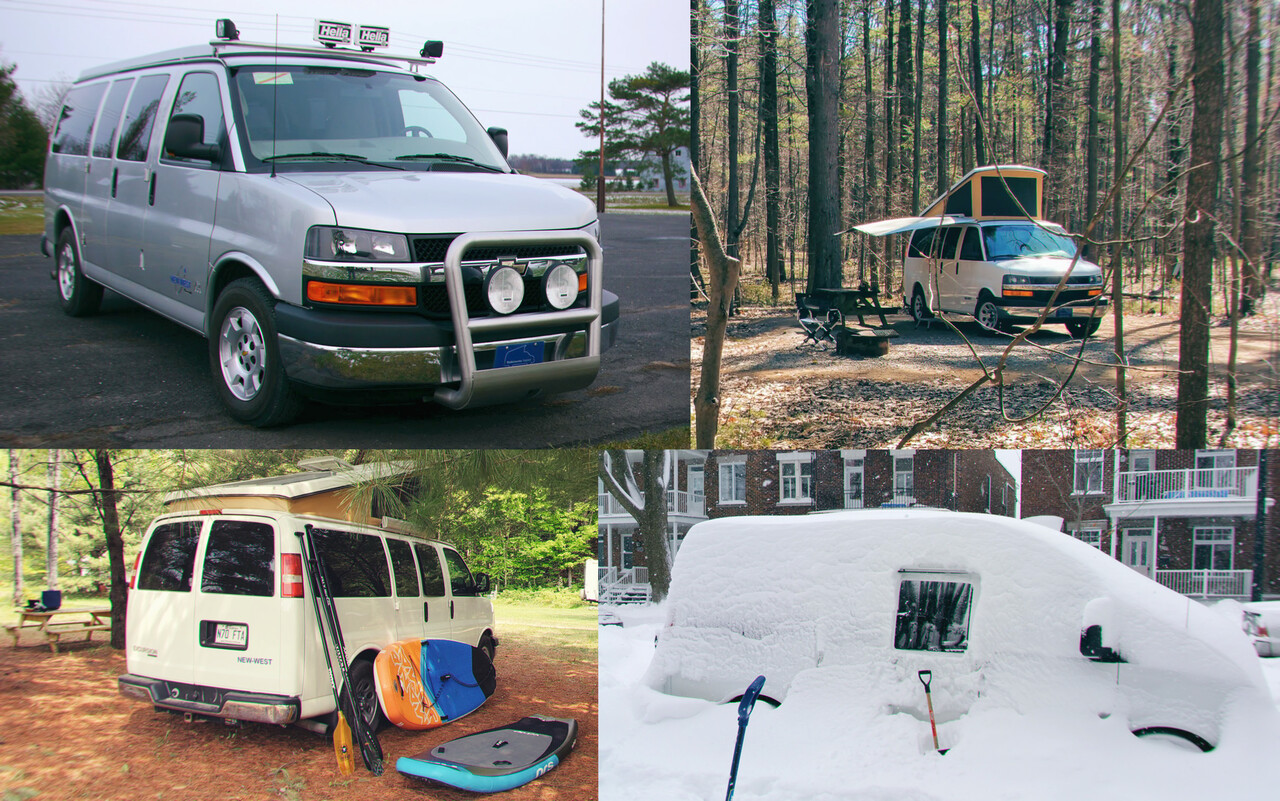 During the summer of 2017, I had the chance to create a VR 360 scene using Google Tiltbrush and it was made to be used in the ICI Musique's container booth at the Festival International de Jazz de Montréal on Place-des-Arts. 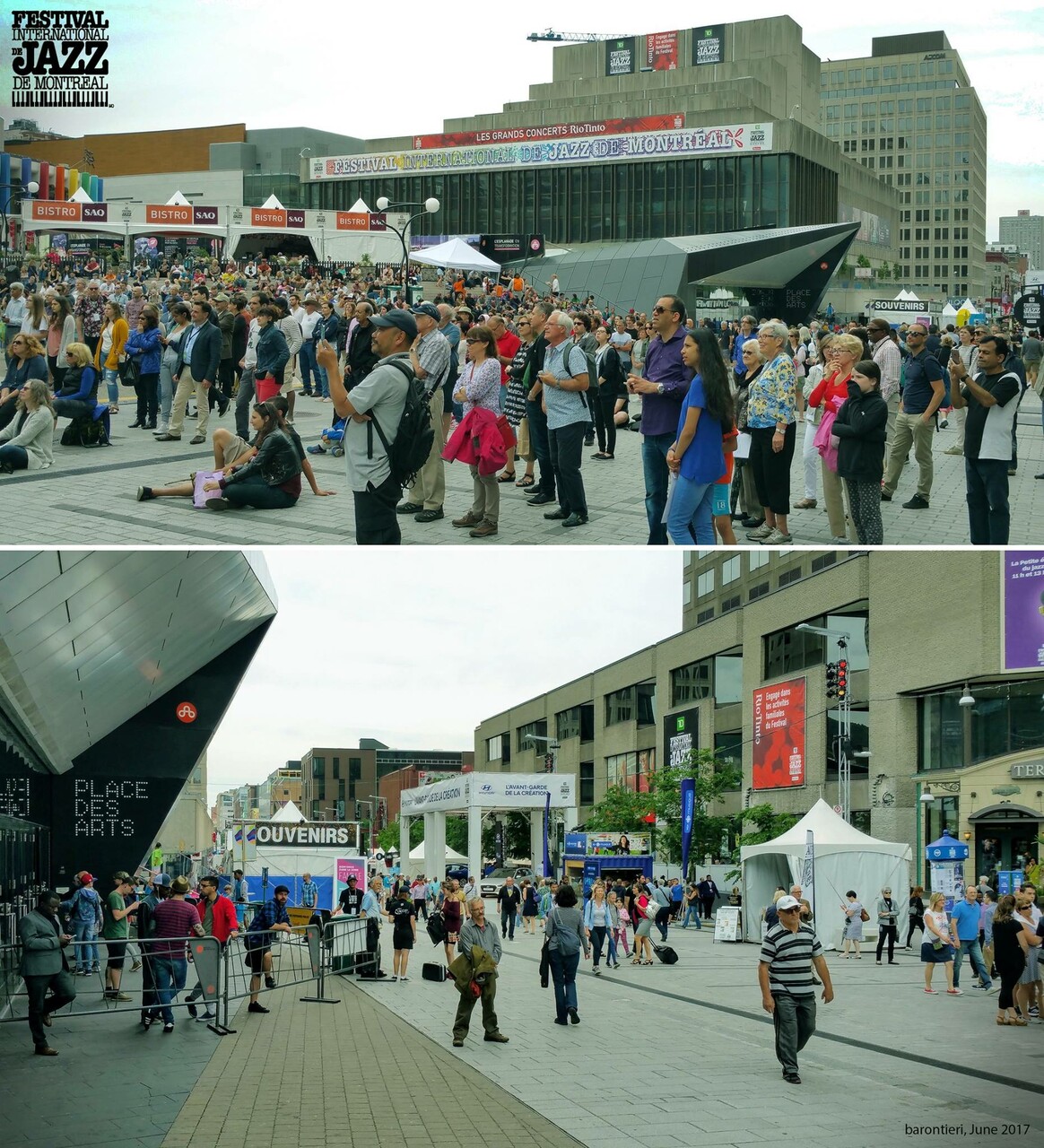 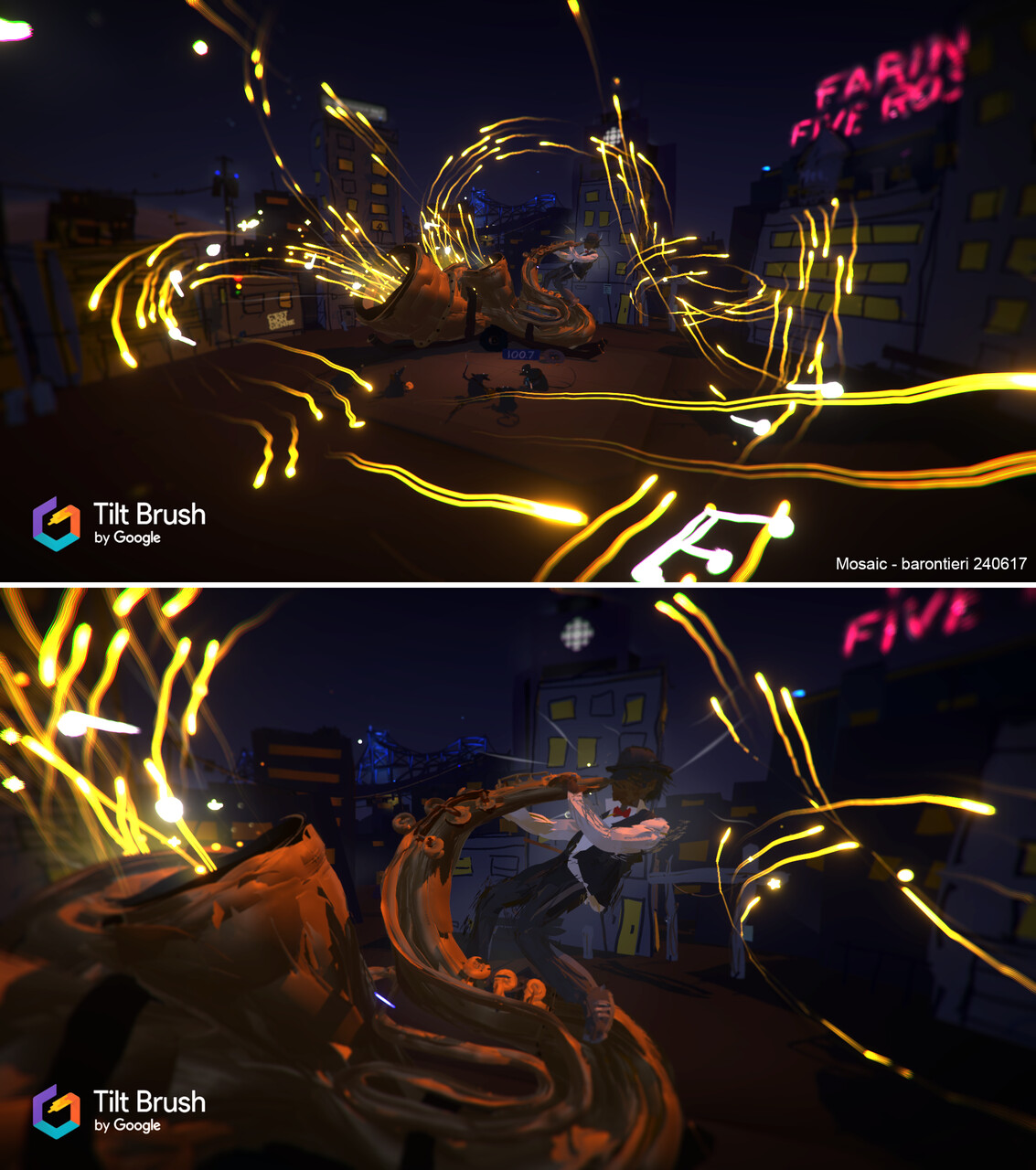 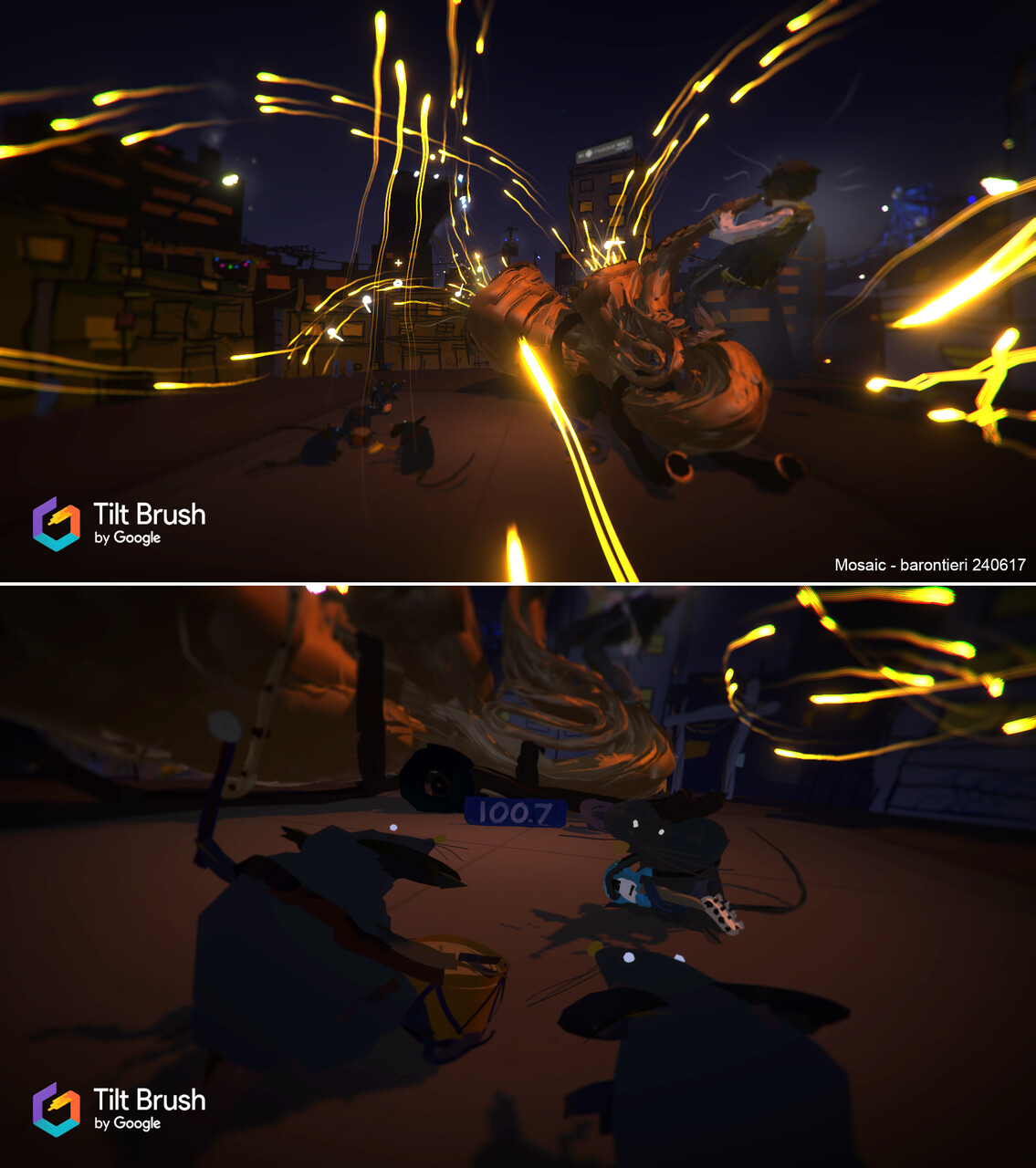 It was such a great project to work on and it was completely free, which explains the attendance. People really loved the virtual experience. A big thank you to all the people at Mosaic, the technicians and crew! 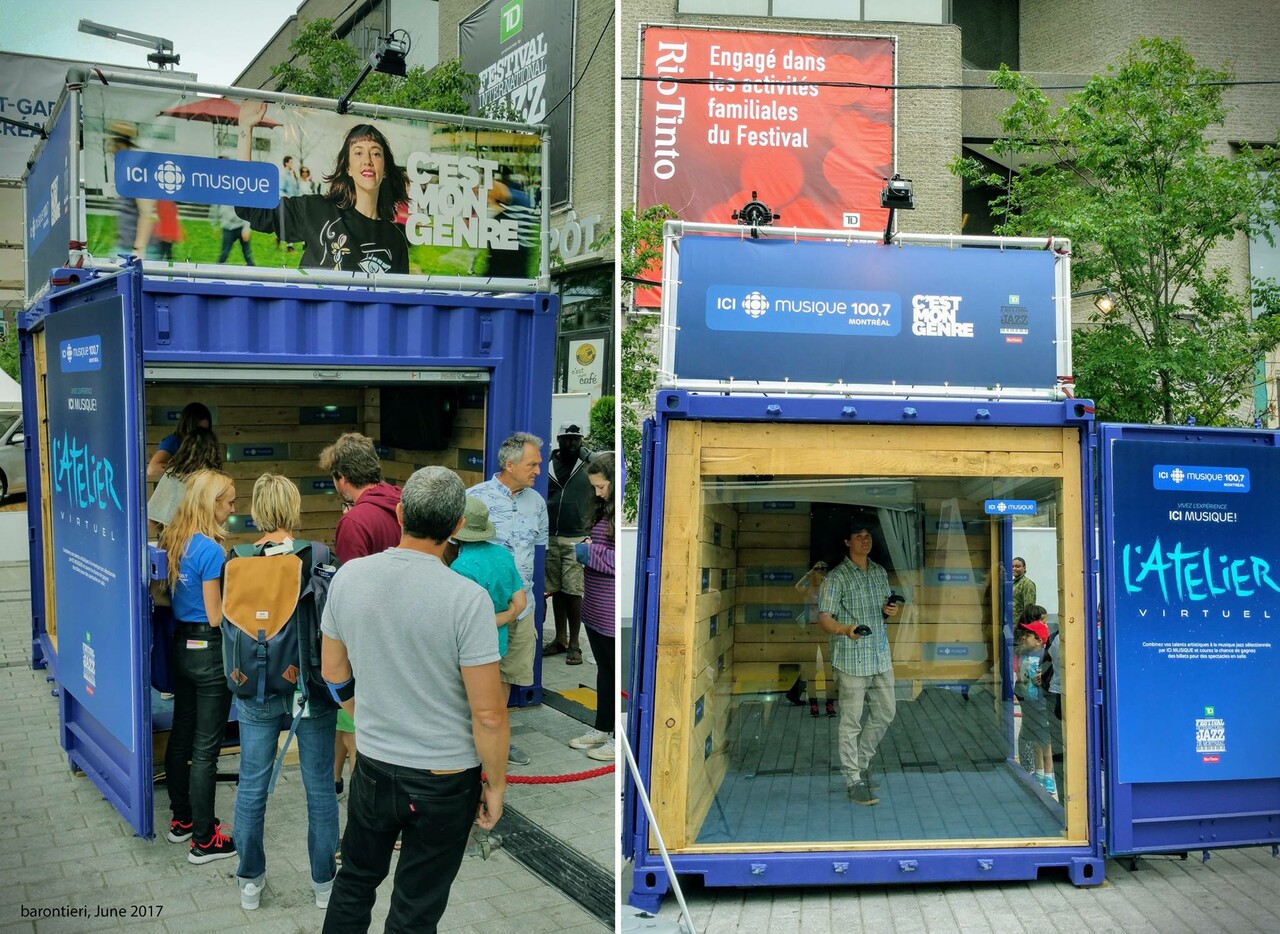 I had to learn the software on the spot and only had 2 weeks to complete everything, including technical tests and figuring out file export issues (made in Oculus but played on the HTC Vive). The great thing is that Olivier the art director gave me complete freedom on the subject, below you can see some of the early stages.

The goal was to find a way to represent the essence of the Jazz Fest as well as to include Montreal's famous landmarks in one simple, interesting 360 scenery, so I chose a cartoony style.

In the middle of the place, a jazzman is playing a strange instrument directly inspired by Gaston's gaffophone and surrounded by his mighty mice's band. The music is flying around us and invite the viewers to participate (means adding their own notes) into this little midnight's dreamy fantasy... 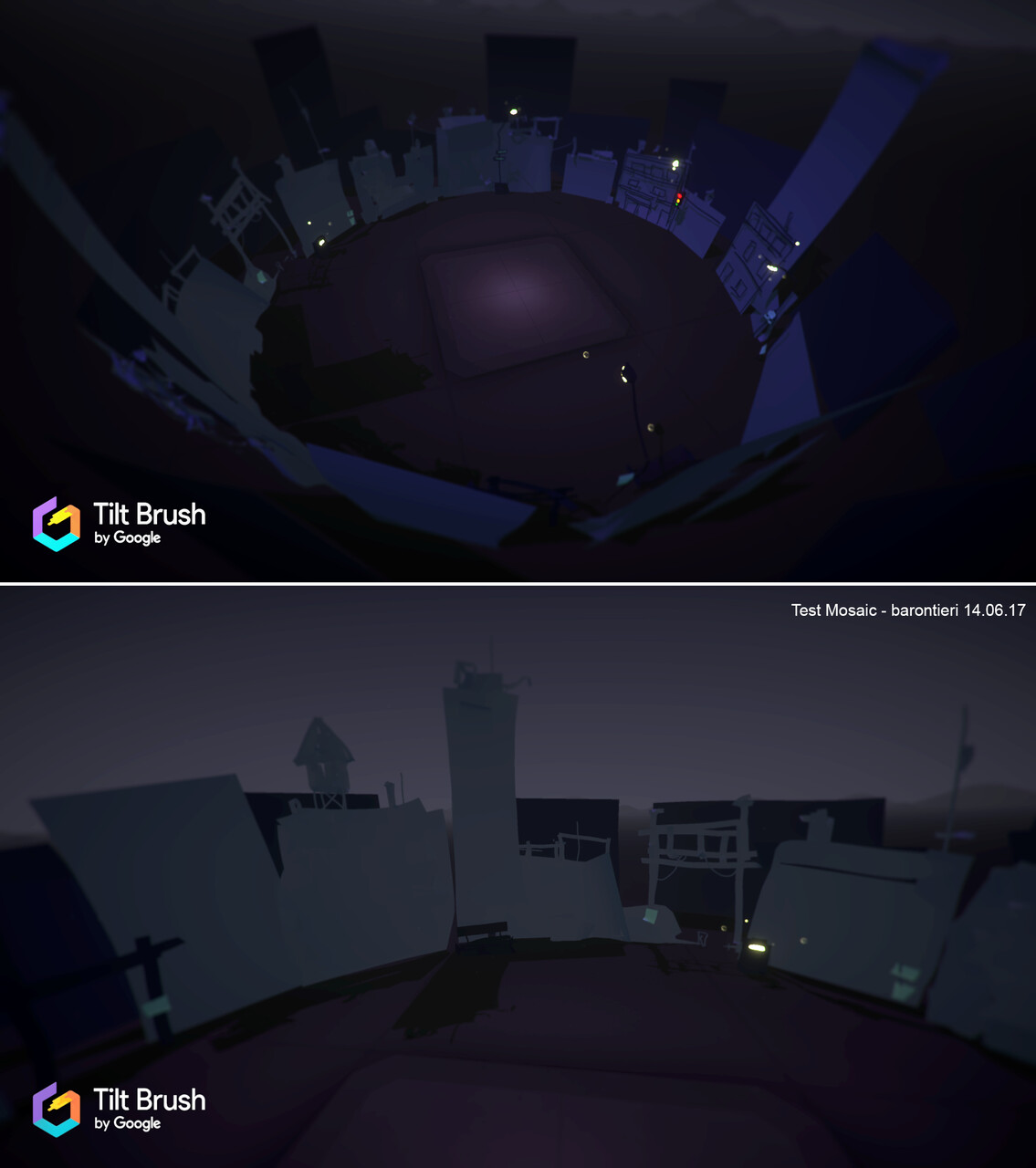 If you went to the event and have tried it, please let me know your thoughts and impressions, I can't wait to work on another stunt like this one :)

A funny sketch made for Halloween 2019 with my #iPadPro and Procreate5 (Beta). I just finished it up in Photoshop CS (color correction, text and filtering). I saw those beautiful gooseneck swan gourds in Burlington, VT, a few weeks back and instantly knew what to do with them... Squash+sealion=Halloween theme paintover :) 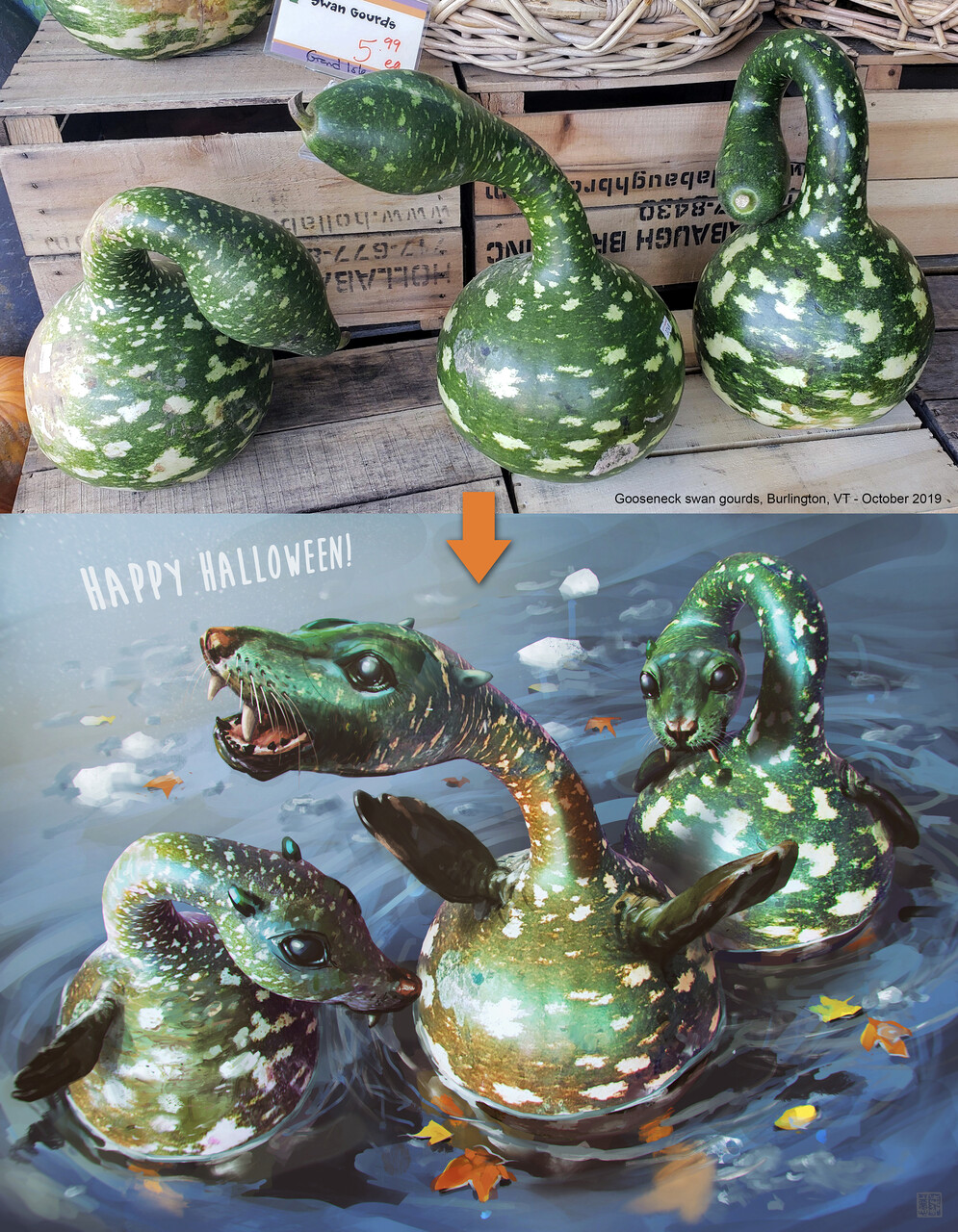 I still can't believe that I am here at LightBox Expo with all my friends and so many amazing artists from all around the world, it's such a blast!
Today I did a live demo at the ArtStation booth using my #ipadpro 11 and Procreate, it was fun and thank you to all the AS and Procreate teams for being so nice and helpful 🙏
I wanted to honor the https://www.vultureday.org/ with some of my favorite birds, the Bearded vultures (Gypaetus barbatus) and their handler; Mr. Crokmor, the mortician on Hell5pit (personal I.P). 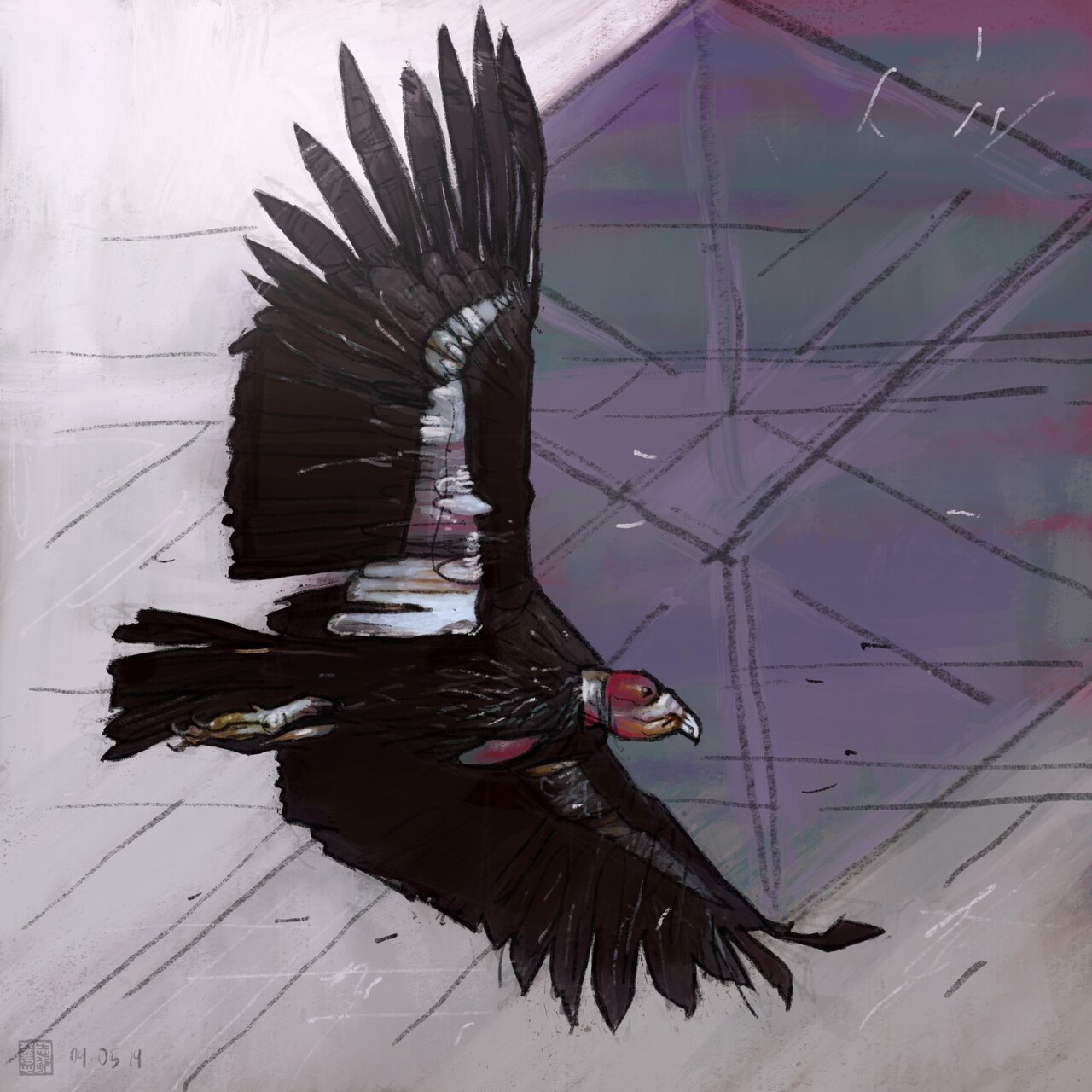 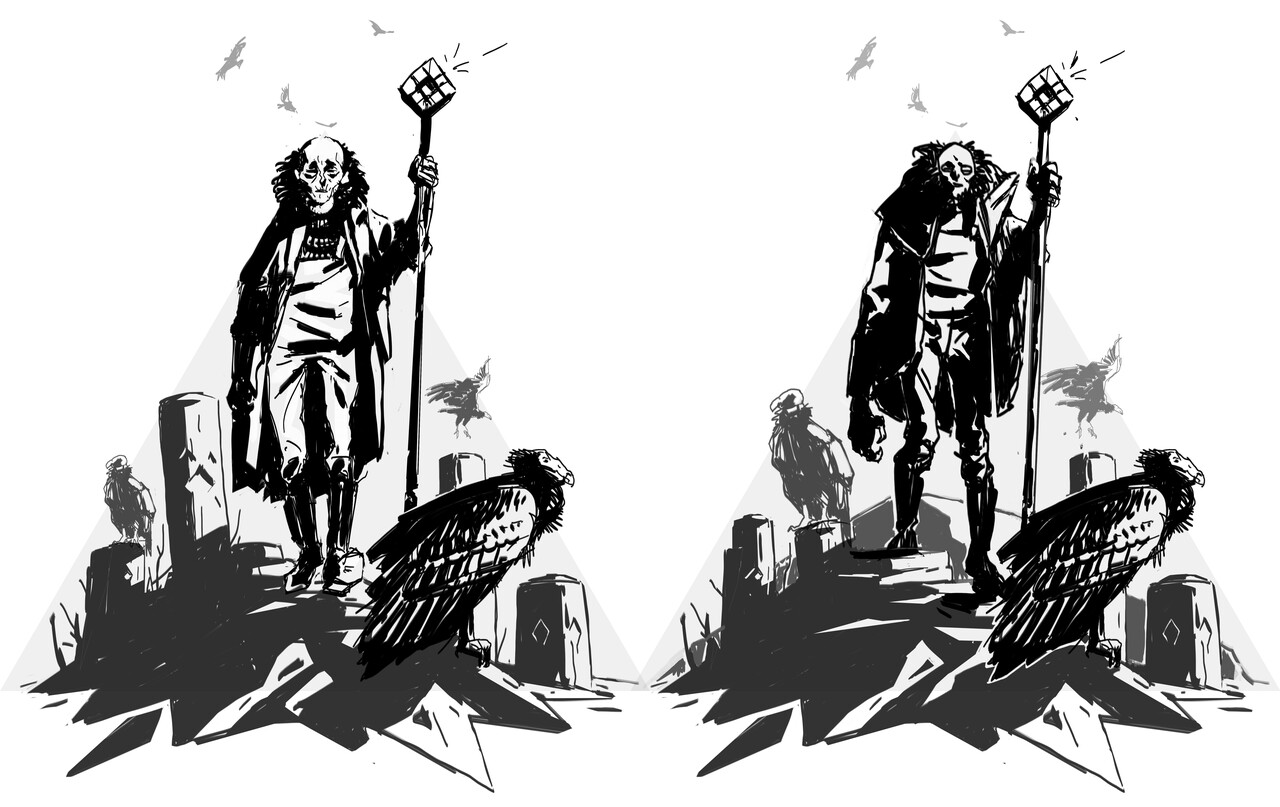 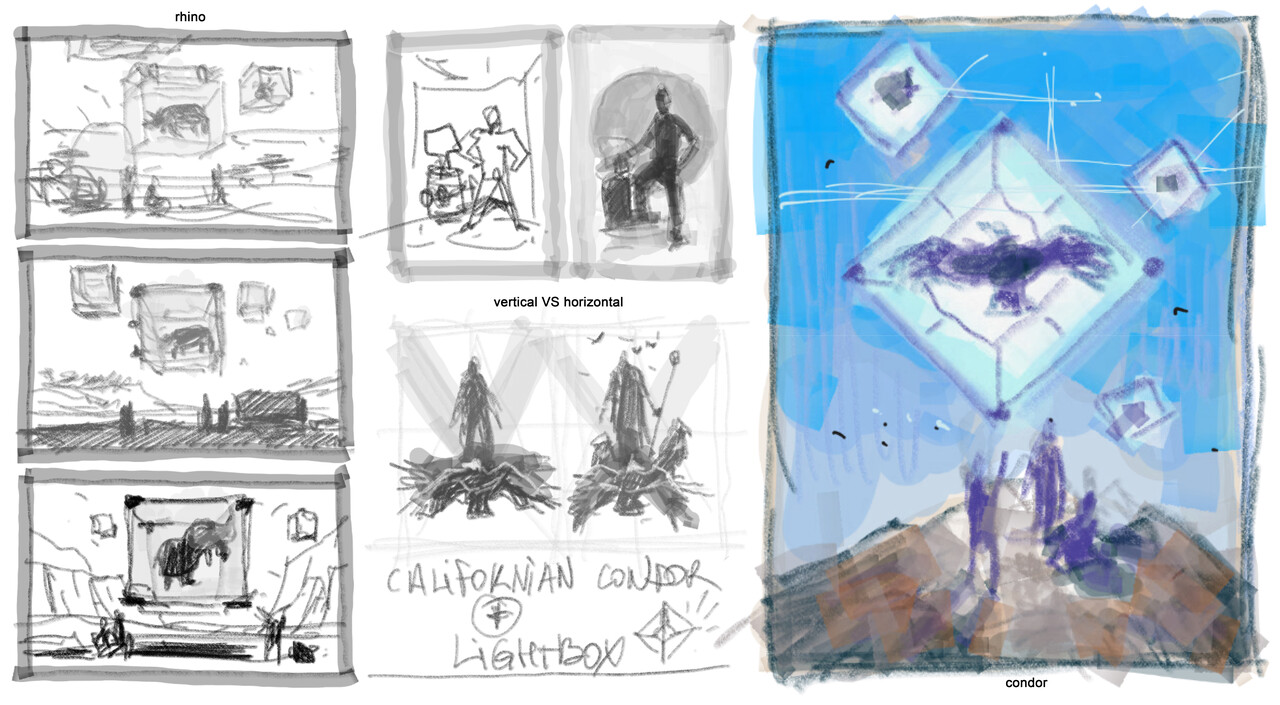 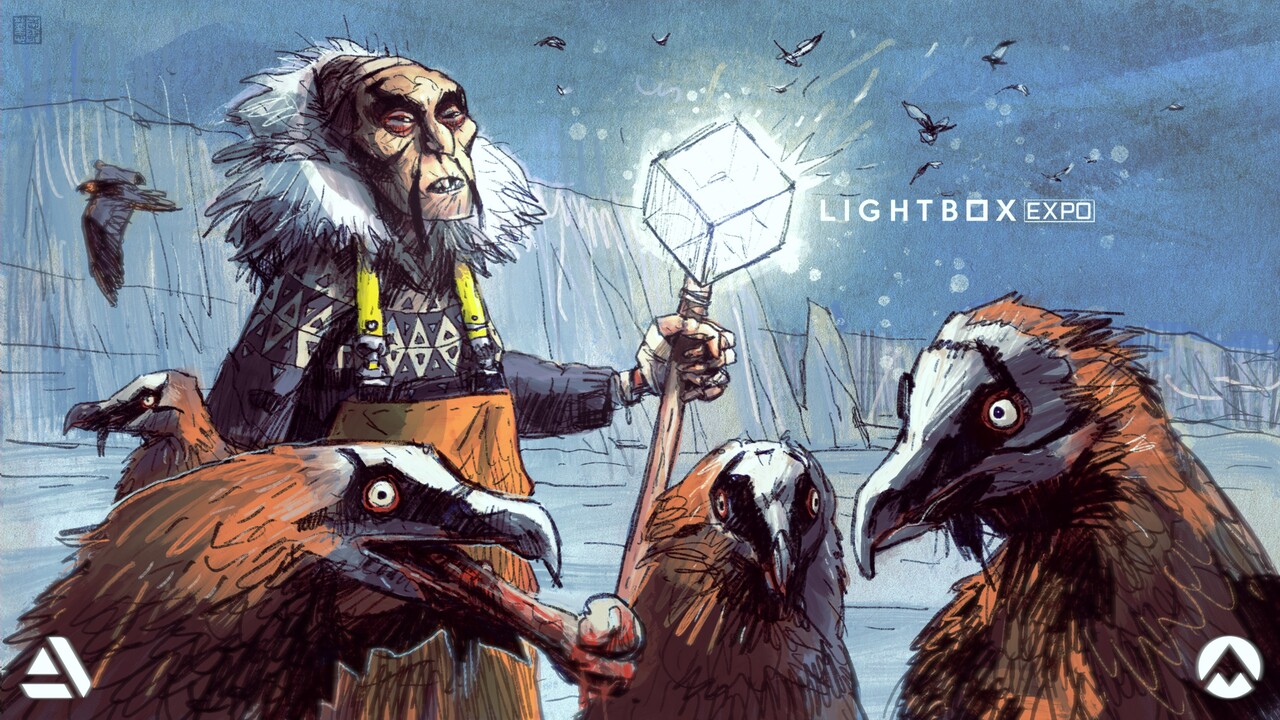 And the final image done in the Artstation booth (live demo)... I am so proud of the whole team behind Expedition Art and everyone who support us, thank you! Merci beaucoup <3

I am really excited by the official release of ArtStation Learning and I have been quietly preparing some content for it! Lightbox Expo is coming real soon and who is going?

Also HERE is the annoucement of the AS demos during the convention, can not wait to see y'all!

I will be doing a DEMO at the ArtStation booth on Saturday 7th around 2-3PM. Also Expedition Art will be at LightBox Expo, please come see us at our booth the world really needs more artivists! 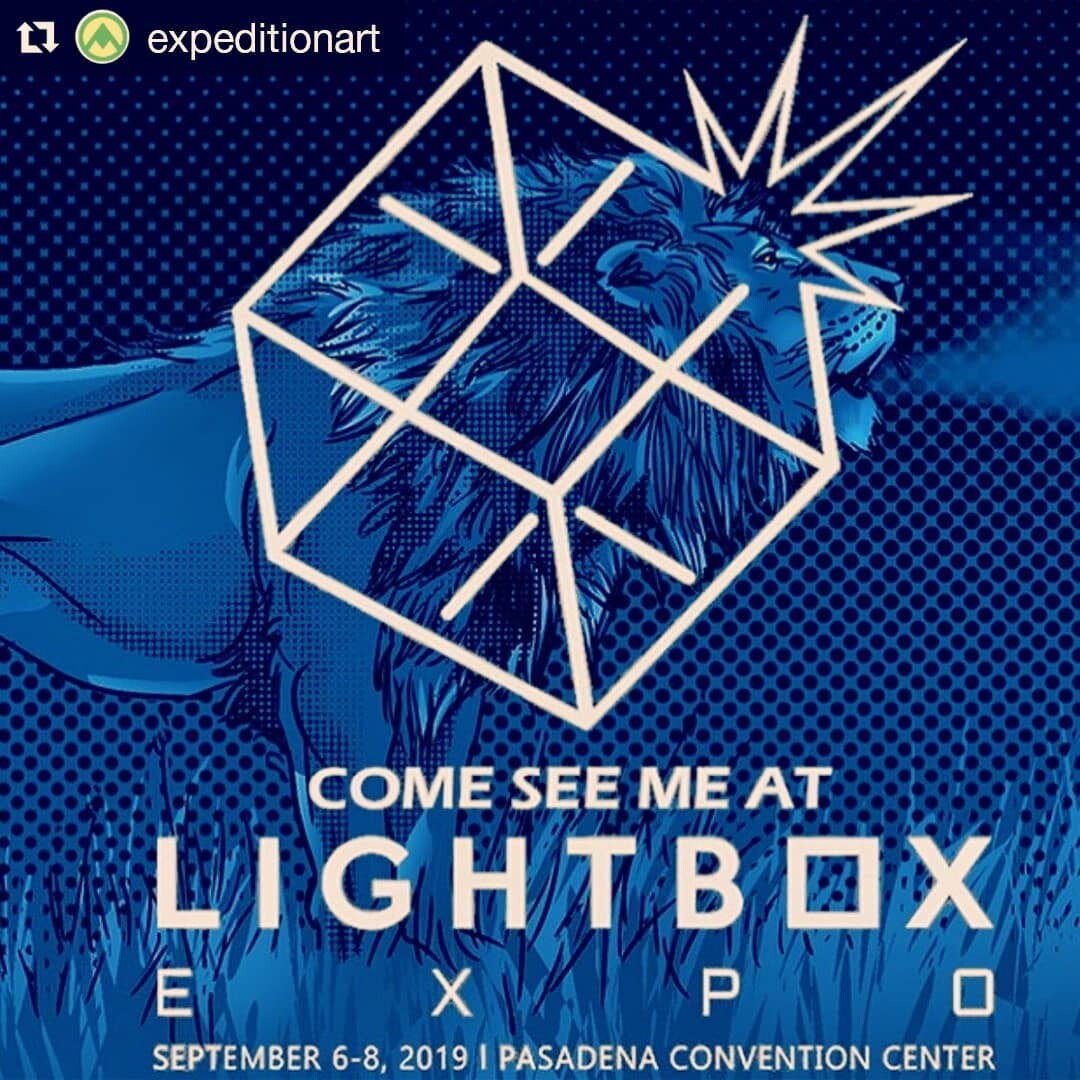 Trigonoceps Occipitalis or white-Headed vulture is a magnificent bird endemic to Africa. My team mates and I love to draw animals and at some point we have decided to use our skills for a cause, this is how Expedition Art was born. I am working on a series which focuses on the "bad guys" of the Animal Kingdom although there is no manichean order in Nature, everyone deserves some Luv' 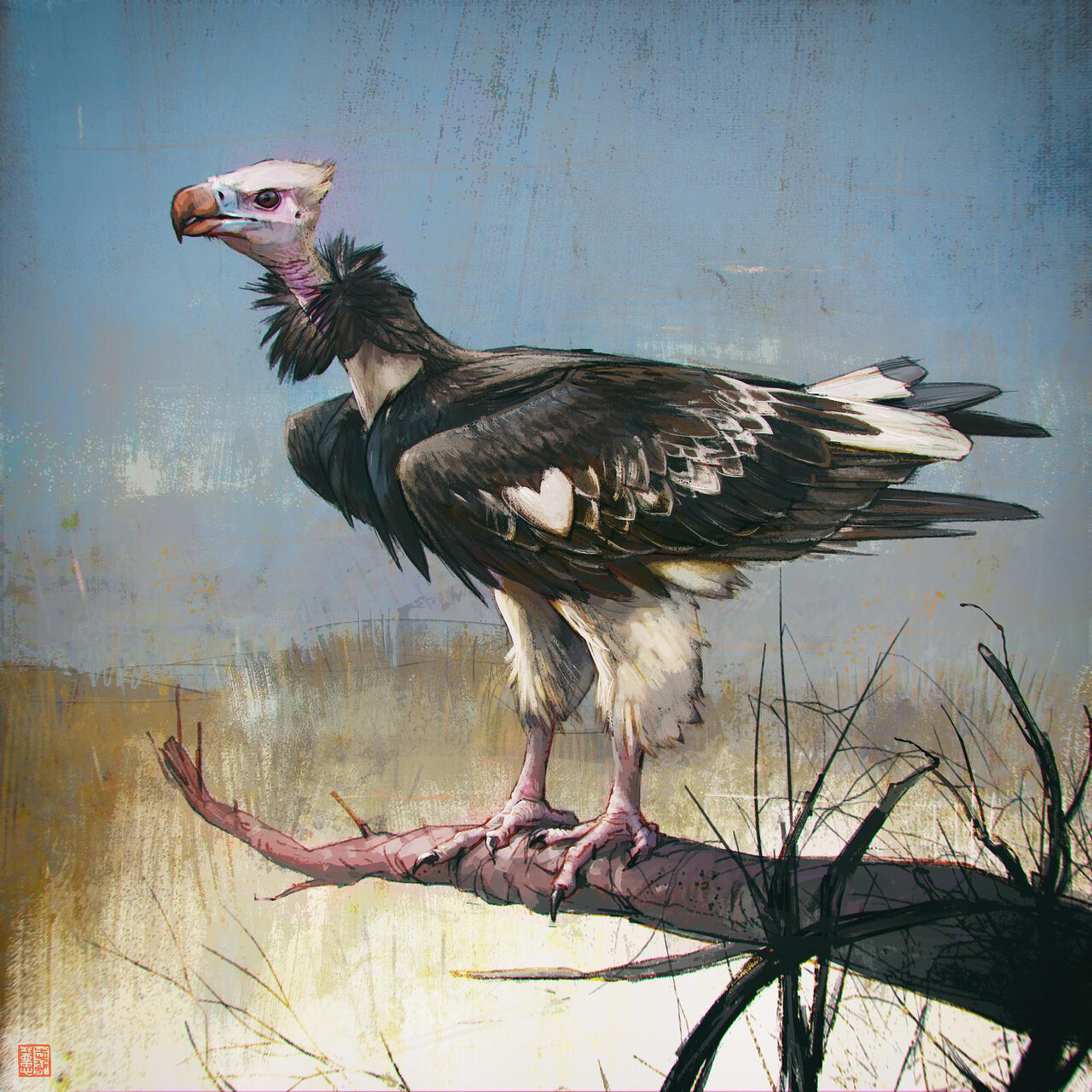 Interested in Animal Conservation Programs? Then go check out our Artbook *In Danger* > https://www.expeditionart.org/in-danger-book 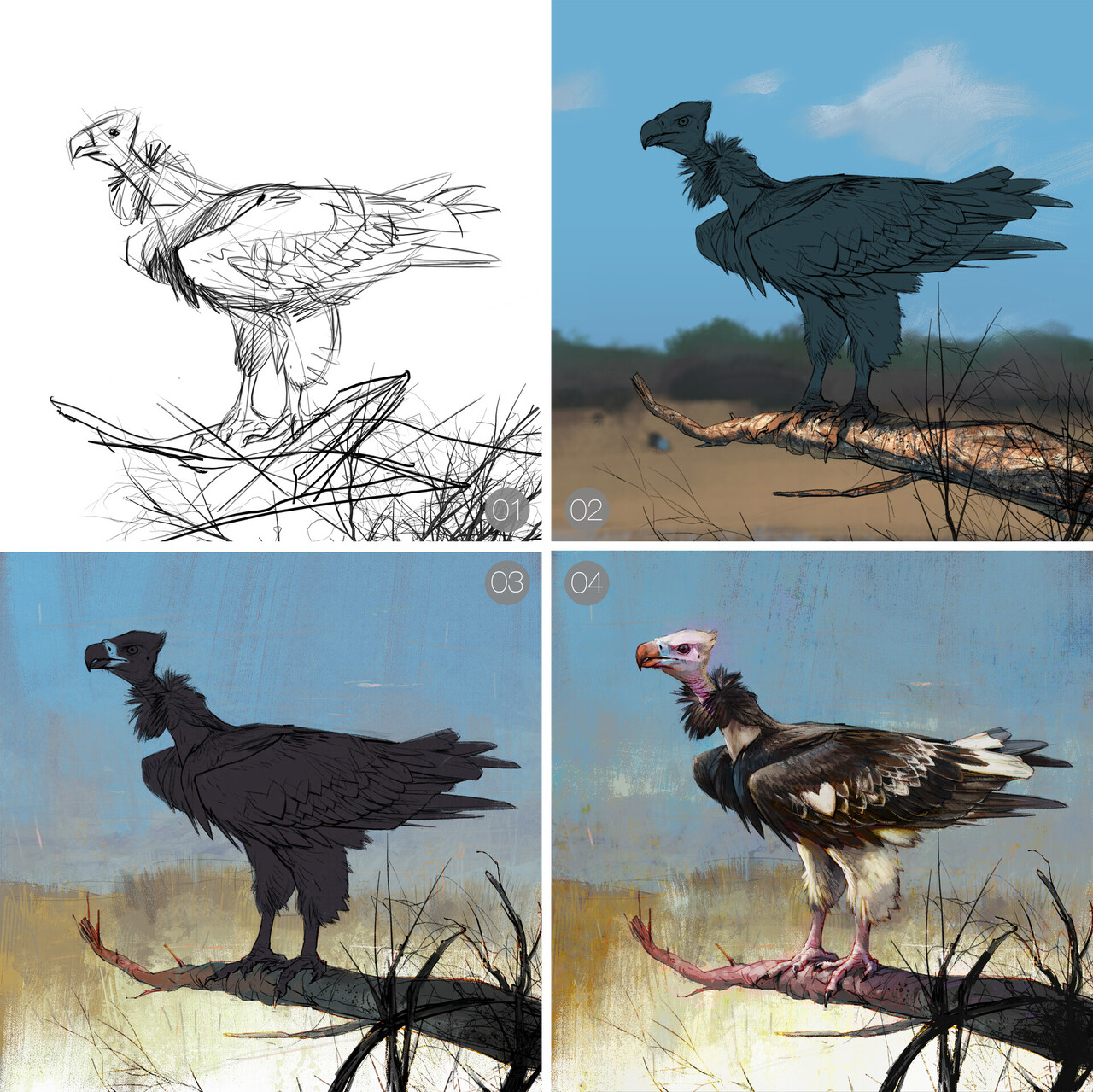 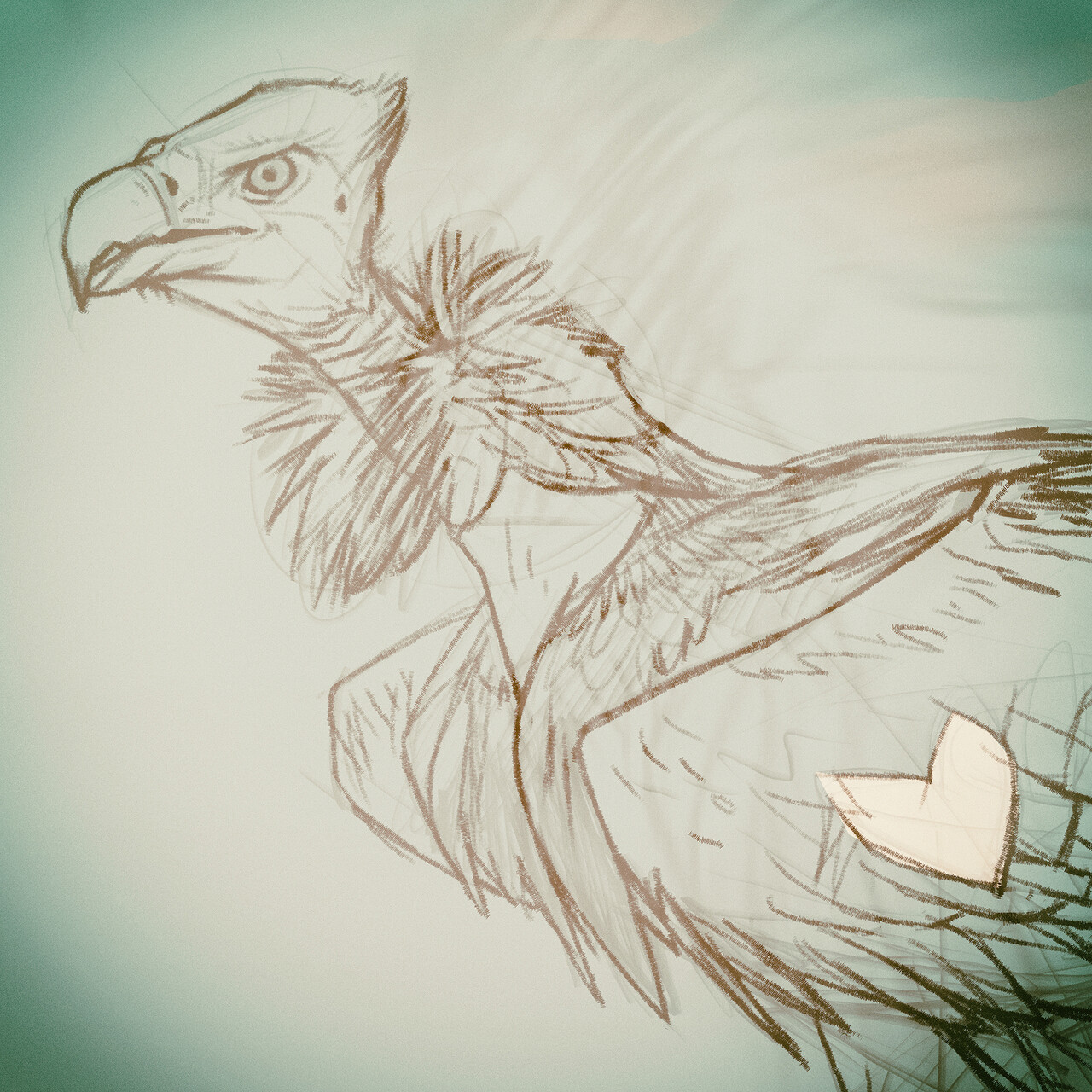 This is a project that i have worked on around 2016 for an artbook but it has since been postponed... indefinitely. I experimented a bit with Modo and the idea was to keep fleshing out some ideas for my I.P project MUD (now Hëll5pit).

I want to revisit the concept of anamorphic sculptures later on other images, i think there is always something fascinating about discovering the secret hidden in the spatial layout of skewed and slanted shapes (somewhat related to the weird little guys in the foreground). This was just a test but a good base for more explorations! At the time i was still working at SEM and this explains the little appearance here by Lara Croft ;-) 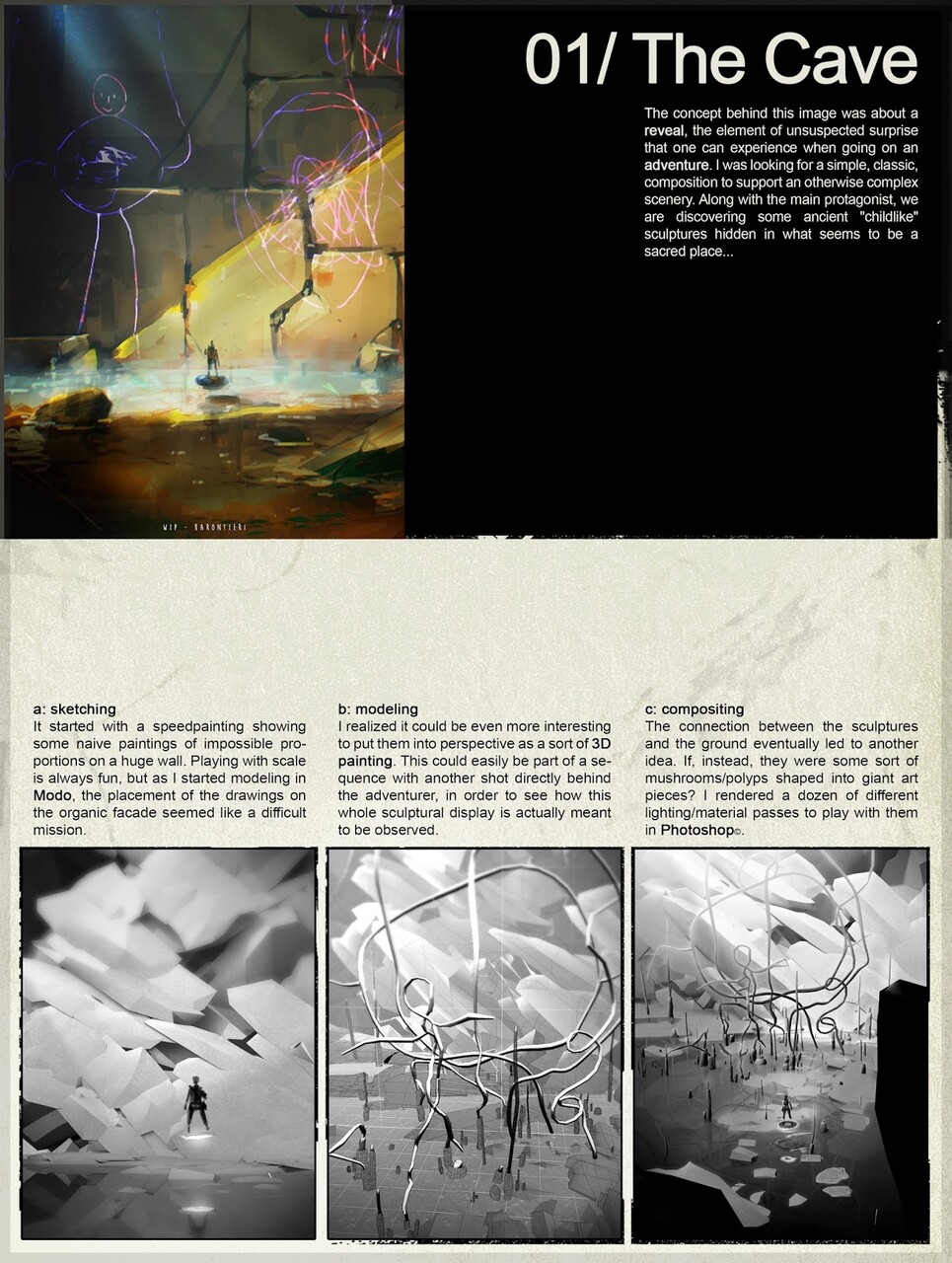 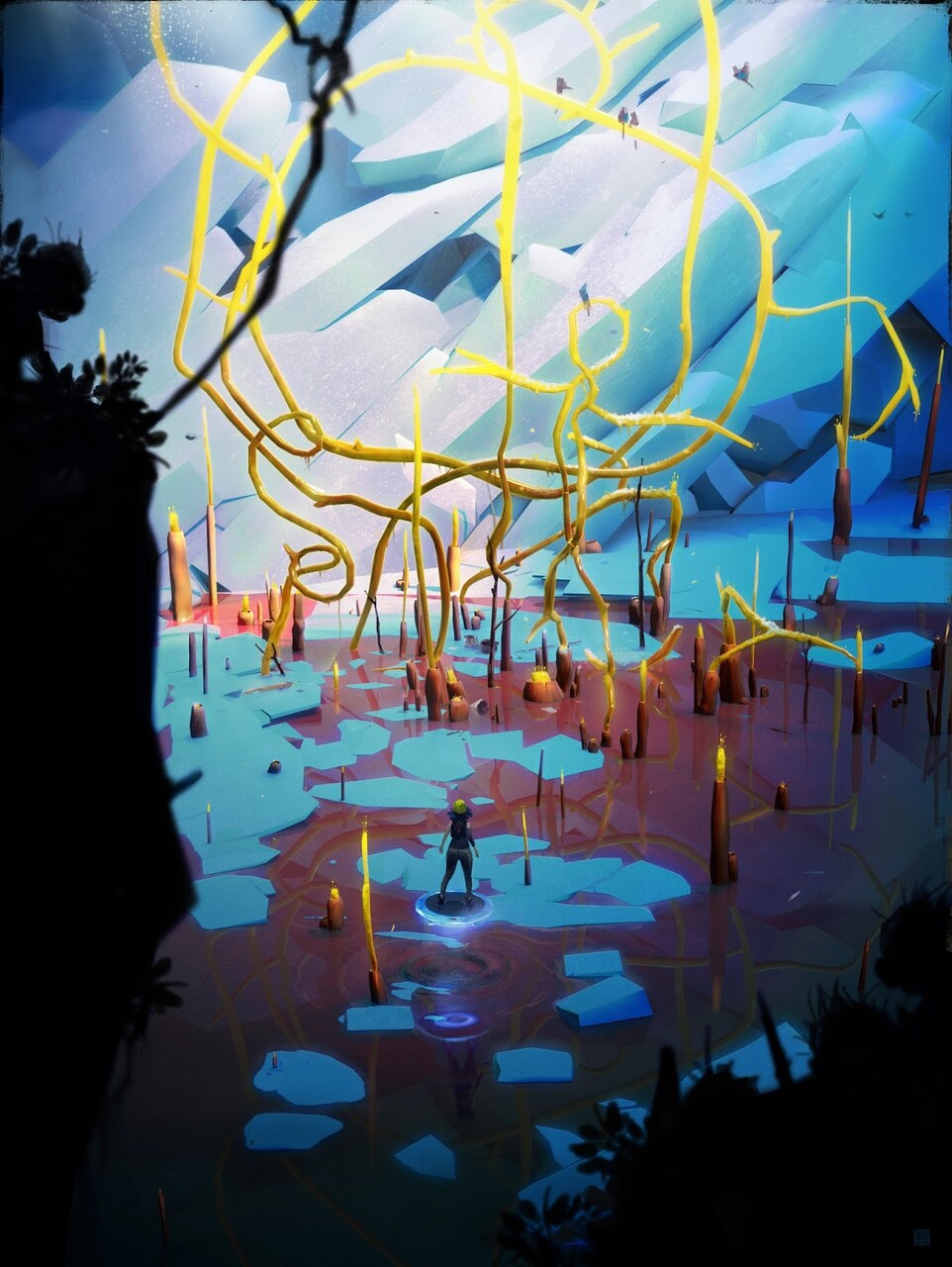 I will post some of my Blogger's posts here from time to time in order to centralize my doodles & experiments. So let's start with the stupid Happy Halloween creepy twin-slashers Butter & Nut! They were made in Procreate with my iPad Pro and finalized in Photoshop, voila! 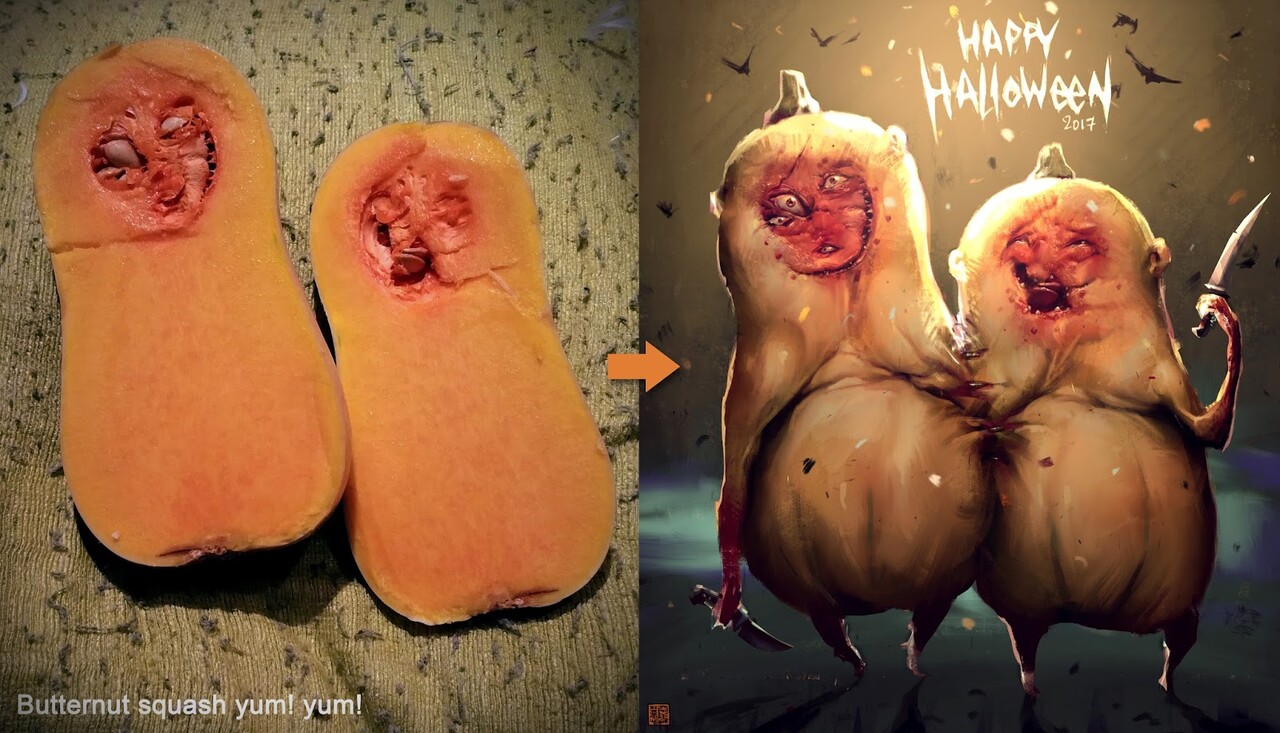 When I cut that butternut squash open, I knew I had to do something with it... besides a great soup! And I really couldn't resist to take a pic and paint-over that one, check out the process video below :)

I have finally started to use new Prints store. I will be adding more paintings soon and maybe different sizes/formats. If you are ordering the prints below (click on the images), please let me know how the process went and if you like the product. 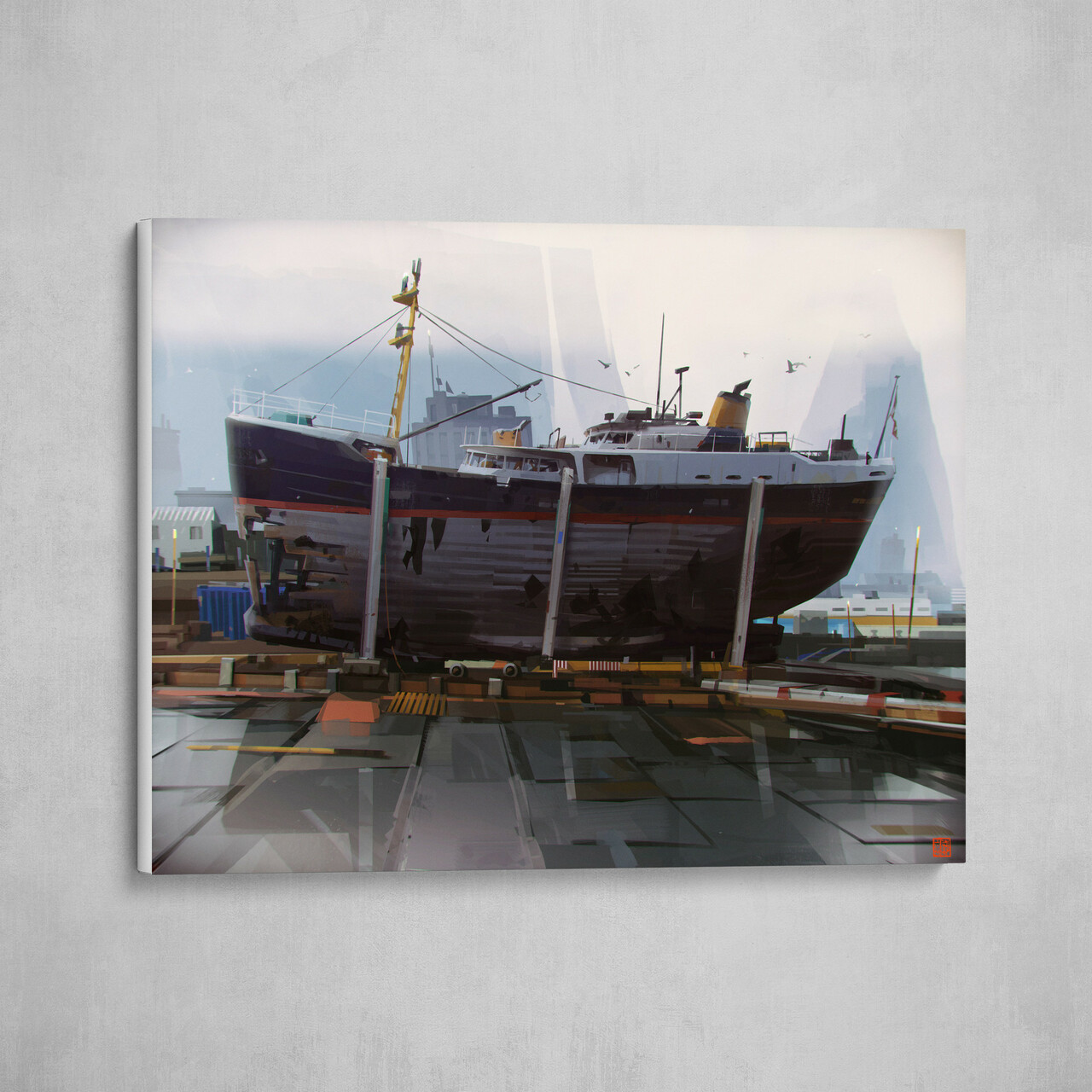 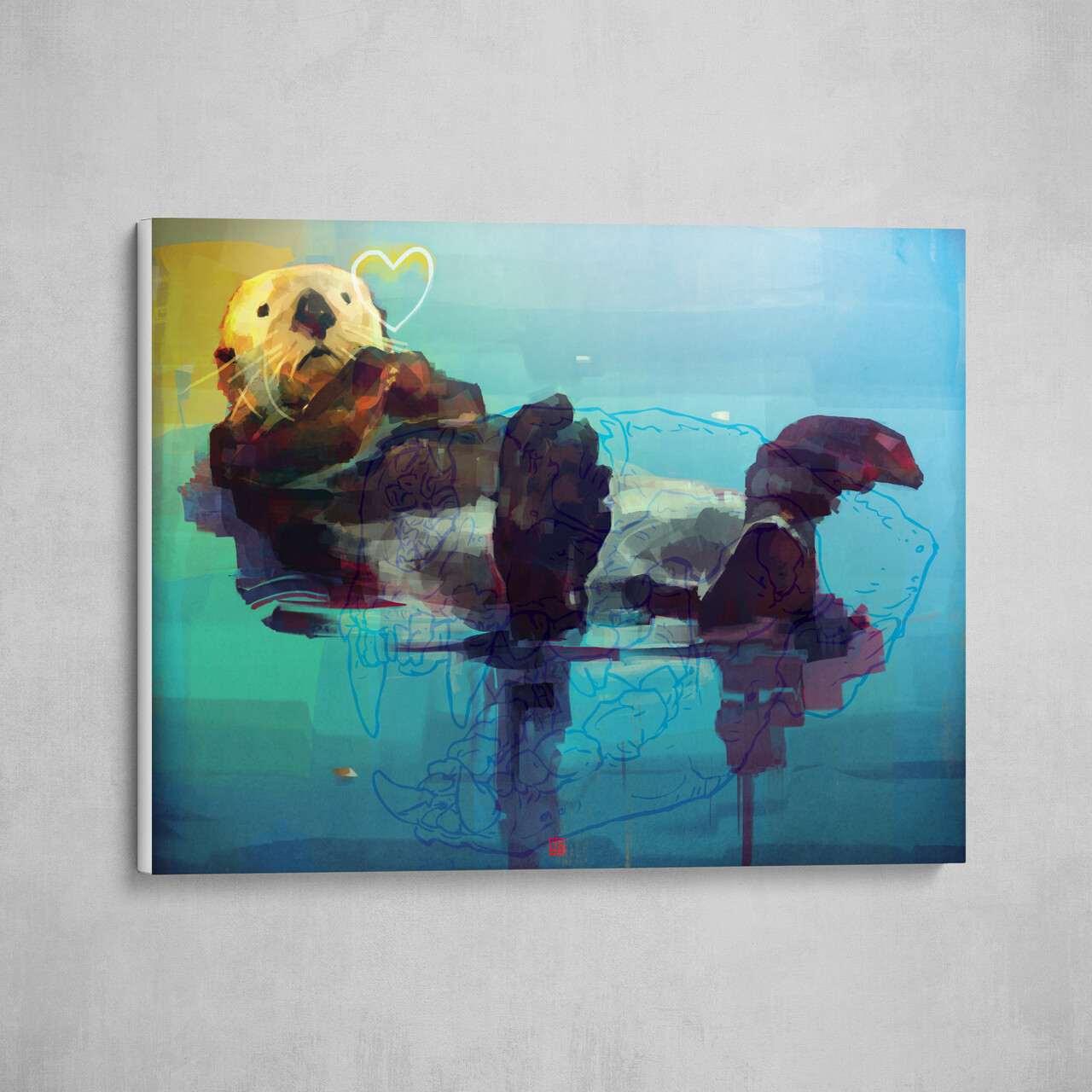